By Varun Sood
Published On June 22, 2019 | Last Updated On December 26, 2020
String interpolation in Python can be done in a number of ways. I am going to discuss the two most commonly used methods: str.format() and f-strings. 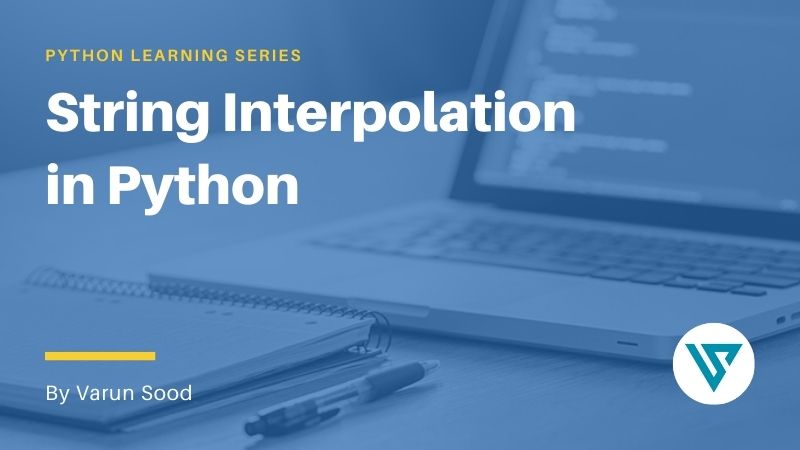 In this method, you define a format string which contains special "replacement fields" surrounded by curly brackets { }. Any text which is not contained in braces is treated as literal text and is passed unchanged to the output.

Let's assume we have the following piece of Python code:

Now, we can make use of different format strings to produce different outputs as shown below:

I hope the usage of str.format() is clear through the above examples. If you need to include a brace character in the literal text, it can be escaped by doubling: {{ and }}. It is important to note that str.format() supports several other advanced functionalities. Replacement fields can contain more than just an argument name. You can have a conversion field and a format specification field as well. You can read more about them here: https://docs.python.org/3/library/string.html#format-string-syntax.

Formatted strings or f-strings are string literals that are prefixed with 'f' or 'F'. f-strings can contain replacement fields. These replacement fields are expressions delimited by curly brackets { }. An f-string in Python is not a constant value. It is an expression which is evaluated at run time.

Let's assume we have the following piece of Python code again as shown above:

We can make use of f-strings to produce different outputs as shown below:

f-strings were introduced in Python 3.6 and are the recommended way to perform string interpolation in Python.

All subscribers get latest industry news and exclusive deals & offers straight into their inbox. Joining the mailing list is 100% FREE.

Must-Have WordPress Plugins for Any Website Development Professional or Agency

Please log in again. The login page will open in a new tab. After logging in you can close it and return to this page.